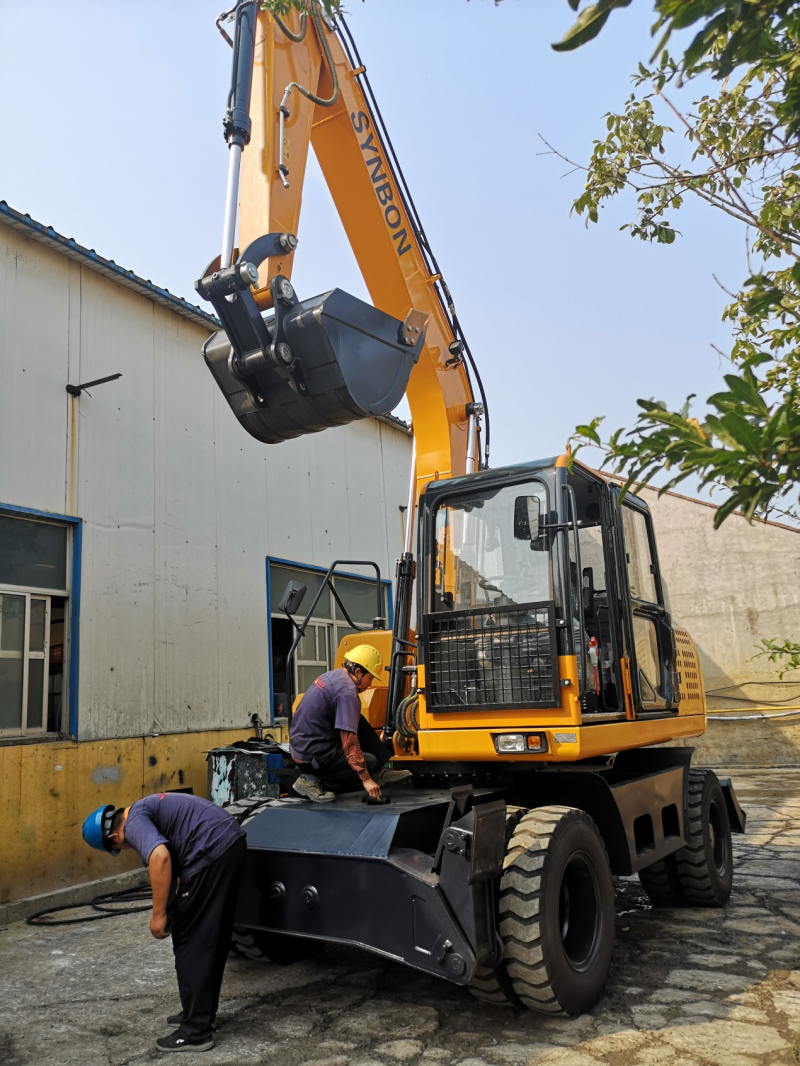 When you bought SYNBON Excavator , It must go through a period of test run, usually called running in period. The purpose of running in is to prevent the excavator from early wear and prolong its service life. During the running in period of excavator, the following regulations must be strictly implemented:

(3) when starting the engine, it is strictly prohibited to bang the accelerator. Warm up the engine for 20-50 seconds when starting at low temperature, and then start it immediately. After the engine starts, idle for 3-5 minutes, and increase the speed and load when the cooling water temperature rises to 40 ℃.

(4) technical preparation before engine start, technical requirements during operation, technical work before and after shutdown shall be carried out according to the requirements of general mechanical operation regulations or engine operation manual.

(6) during the running in period, pay attention to the operation of each mechanism of the excavator, check the working temperature of each bearing, gear and friction pair, and observe whether there is leakage in the hydraulic system. The abnormal phenomenon in operation shall be stopped immediately to check the cause and be eliminated.